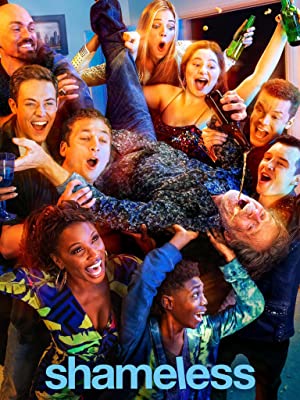 Watch the Irish American family the Gallaghers dealing with their alcoholic father Frank. Fiona, the eldest daughter, takes the role of the parent to her five brothers and sisters. Lip, Ian, Debbie, Carl, and Liam deal with life on the South Side of Chicago. Fiona balances her sex life and raising her siblings. Every episode is another crazy situation that one or more of the Gallagher six get into. Watch them grow and learn how to make their way in life with what little they have.

(media) In season 3 of shameless kevin randomly has a broken leg. In episode 3 Vee says he "snapped it falling in the bathtub". This really is how Steve Howey broke his leg and they just wrote it into the show. 8 comments

So I’m season 3 episode 9 of shameless (US don’t know if I have to specify) but I would marry Mandy in a heartbeat. 14 comments

Shameless - 4x03 "Like Father, Like Daughter" - Episode Discussion 292 comments
Currently on S4, E6 of shameless. Liam the 3 year old kid accidentally got some coke in this nose, after Fiona and the others was partying and snorting the coke. 10 comments

Unofficial Episode Discussion - Shameless - 6x01 "I Only Miss Her When I'm Breathing" 240 comments
I'm bummed we didn't get to see the conversation between Debbie+Fiona and Derek's parents. (s6e1) 5 comments

Unoffical Episode Discussion- 6x8- Be a good boy. Come for Grandma. 290 comments
(media) S6E8 - Somewhat irrelevant discussion but here is something I noticed. Fiona receives a text from Kevin, I thought it was odd his number wasn’t saved. Also, on the iPhone even if the number isn’t saved the # show. Thoughts? 12 comments

Episode Discussion - Shameless - 7x08 "You Sold Me the Laundromat, Remember?" 616 comments
First go around watching Shameless. Up to S7E8. Anyone else feel like Fiona became more selfish than self-focused? 60 comments