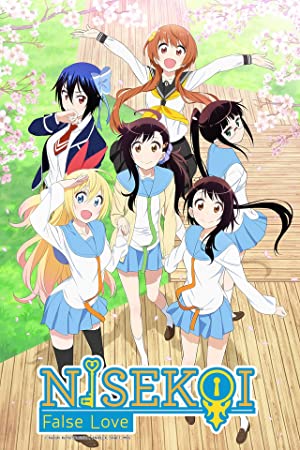 Raku Ichijou is an average high school student. He also happens to be the sole heir to the head of a Yakuza Family called the Shuei-gumi. Ten years ago, Raku made a promise... a secret promise with a girl he met. They promised one another that they will "get married when they reunite." Since then, Raku never let go of the pendant the girl gave him. Then one day, a beautiful girl named Chitoge Kirisaki transfers into Raku's class. Their chemistry was more than off. There was not a moment where they were not fighting. But by a weird turn of events, Raku and Chitoge agree to become fake lovers. Although his heart is really interested in his classmate Kosaki Onodera, Raku must continue pretending to be Chitoge's boyfriend.

[Fanart] [OC] I recently caught up on Nisekoi, and decided to make a wallpaper of my favourite frame so far in the new season. I couldn't stop laughing putting this one together. [1920x1080] 60 comments