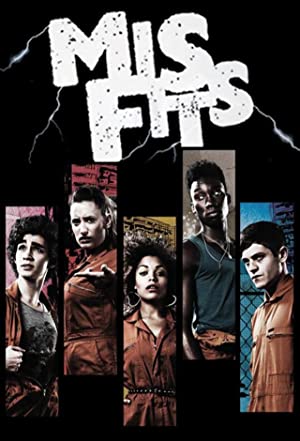 Nathan, Kelly, Simon, Alisha and Curtis were expecting their community service to be boring. However after a freak thunderstorm they discover that it is anything but dull. Bestowed with strange powers, the five very different teens realize they have a lot more to worry about than just picking up litter, especially as they discover that they are not the only ones who have been given strange powers. Secrets will be revealed, feelings brought to the surface and relationships formed and broken. But hey, its only 12 weeks of community service; what's the worst that could happen?

E4 are counting down the top 5 episodes of Misfits. One episode from each series. I'll post them here as they're revealed. [MASSIVE SPOILERS] 21 comments
Series 1 Episode 4 Discussion 4 comments

No spoilers simon discussion please come talk I really wanna talk about him I'm in episode 3 of season 2. 9 comments