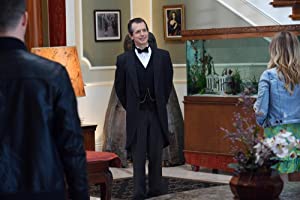 Takes a lighter approach to the procedural with contestants vying to determine which one of them committed a fictional murder. The 13 would-be sleuths will follow the Clue formula, employing real life crime scene investigation techniques to uncover and discern the staged evidence. Much like the movie inspired by the classic game, contestants will also stay together in a glitzy estate. A new crime will be presented each week so that they might advance in the game. The finale will find one player unmasking the killer to win a $250,000 prize.

If anyone has the time, Rob Cesternino (Survivor) and Curt Clark do a great job of discussing and analyzing "Whodunnit". This is the link to their Episode 3 podcast. 3 comments
Whodunnit [ABC] Episode 3 Discussion (Spoilers) [xpost from r/gameshow] 1 comments