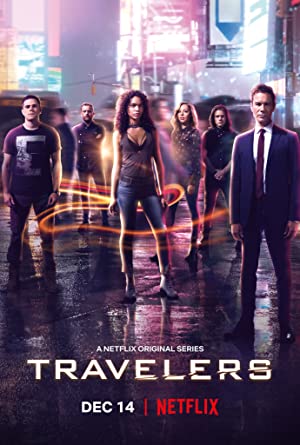 Hundreds of years from now, the last surviving humans discover the means of sending consciousness back through time, directly into people in the 21st century. These Travelers assume the lives of seemingly random people, while secretly working as teams to perform missions in order to save humanity from a terrible future. These travelers are: FBI Special Agent Grant MacLaren, the team's leader; Marcy, a young, intellectually disabled woman in the care of her social worker, David; Trevor, a high school quarterback; Carly, a single mom in an abusive relationship; and Philip, a heroin-addicted college student. Armed only with their knowledge of history and an archive of social media profiles, the travelers discover that 21st century lives and relationships are as much a challenge as their high-stakes missions.

[SPOILER S1E1] [SERIOUS] Here’s a question about this show’s morals/ethics: How is it that the travelers, by consummating previously ongoing intimate relationships, aren’t now committing rape against these unknowing love interests? 91 comments
[Spoilers S1 E1] Protocol 1: A Travelers Podcast is live! 8 comments
[Spoilers S1E1] Philip's Parents? 5 comments
[Spoilers S1E1] Where is it? 9 comments
[no spoilers] I just binged all 3 seasons in less than a week.. Travelers is my new favorite television/movie ever and I am afraid to watch anything similar on netflix... So I just started back on episode 1 again. Is there anything equal/better in this genre right now? 125 comments

[Spoilers S1E4] Why was the team so worried they did the wrong thing. If it was "wrong" then the director would have contacted them, no? 6 comments
[Spoilers S1 E4 - 'Hall'] Protocol 1: A Travelers Podcast 3 comments

[Season 2](How do travelers get high tech gadgetry that's impossible to make in the 21st century?) 11 comments

How Vincent found the 'Home Team'. [Spoilers To Infinity and Beyond!] [Spoilers S03E12] 4 comments