The Young Ones Discussions 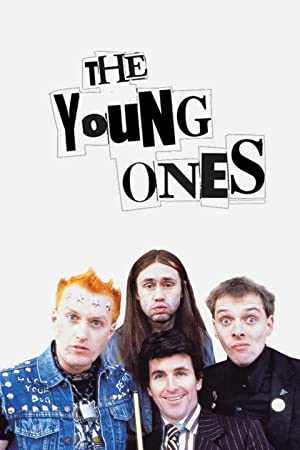 Vyvyan (Adrian Edmondson), Rick (Rik Myall), Mike (Christopher Ryan), and Neil (Nigel Planer) are four college students who share a house in North London: Vyvyan is a violent punk who smashes everything to pieces, Rick is a political fan of Cliff Richard, Mike is the serious and bossy cool person, and Neil is the depressed hippie who does most of the cooking and cleaning in the house, and his only desire is to commit suicide. Vyvyan, Rick, Mike, and Neil pay their rent to their Russian landlord Jerzy Balowski (Alexei Sayle) and his various family members. The world of this show is surreal, hilarious, and violent as the show also interacts with other characters, and featured live performances from bands.