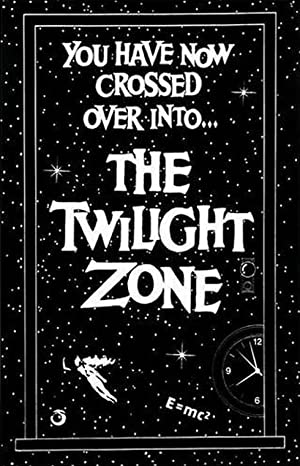 The Twilight Zone is a place that exists at any moment of time, of space or of mind....but always when you least expect it. When you find yourself in this realm of unlimited possibility, be careful what you say or do. The right decisions may help you find your way back out....sometimes with greater happiness and wealth. The wrong decisions often lead to madness and death, or an eternity trapped in this dimension. Tread warily past the sign post ahead that says you've entered, The Twilight Zone

S1E1 - Where Is Everybody? 5 comments
Episode 1 - The Comedian - My Review 1 comments

S1E5 - Walking Distance 6 comments
The Twilight Zone (2019) Episode 1x05 "The Wunderkind" Discussion 434 comments
Maybe an unpopular opinion but I enjoyed episode 5, a few reasons and a deeper look at some themes (Spoilers episode 5 inside) 15 comments
(media) Recreation Park in Binghamton, NY was set on fire. S01E05 "Walking Distance" was inspired by Recreation Park. The Bandstand at the park has a plaque commemorating the episode. The carousel in the park is painted depicting memorable scenes from The Twilight Zone. 3 comments

S1E6 - Escape Clause 14 comments
[SPOILERS] Sharing some thoughts on different themes I saw in episode 6, come in and share the ones you noticed... 1 comments

S1E8 Point of Origin 11 comments
S1E8 - Time Enough At Last 1 comments
(media) Just noticed the house at the beginning of Bly Manor (wedding scene) is the same as the house from The Twilight Zone (2019) S1E8 (the Ginnifer Goodwin episode)! 1 comments

Episode 22 - The Monsters are Due on Maple Street 9 comments