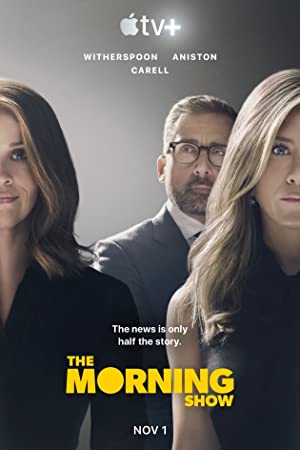 After a fallout with their previous morning show co-host, the popular but #MeToo-scandal-ridden Mitch Kessler, a New York City TV station hires a new spunky journalist, the progressive and hotheaded southern girl Bradley Jackson, as the new co-host. The scheming station head manager Cory Ellison sees in her the chance to push his career further. The show's other popular co-host Alex Levy, disgruntled by the fact that she has to take in a newbie, tries to use this new situation to make her own power move and turn Bradley into an ally. Meanwhile, Mitch refuses to accept defeat and tries to take everyone in the station who knew about his sexual abuse scandal but said nothing down with him. Other characters include Chip Black, the show's cynical top producer and program organizer, Hannah Shoenfeld, the station's employee and Mitch's emotionally gutted silent victim, Yanko Flores, a romantic and the Morning Show's most popular reporter, Claire Conway, a British junior employee of the station and Yanko's smitten secret girlfriend, and Fred, the station's sleazy chief executive who tried to help Mitch cover up the scandal.

Season 1 Episode 1 Discussion: In the Dark Night of the Soul It's Always 3:30 in the Morning 3 comments

Season 1 Episode 2 Discussion: A Seat at the Table 2 comments

Finally getting around to watching the show wanted to bring up a point made in episode 4 which I appreciated (spoilers for episodes 1-4 only ahead) 13 comments
question in regards to episode 4 and steve's carell's character. 36 comments
(media) The Morning Show Episode 4 Review 0 comments

Season 1 Episode 6 Discussion: The Pendulum Swings 162 comments
The wrong episode of The Morning Show has been uploaded to Apple TV in Australia. They have uploaded episode 6 instead of 5. 39 comments

Season 1 Episode 7 Discussion: Open Waters 174 comments
The ending of Episode 7 is not going to be revealed for what it was 15 comments