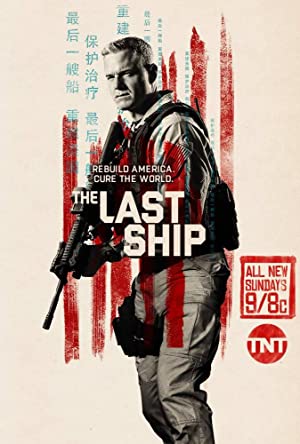 Naval Destroyer Nathan James is sent on what they're told is a research mission in the Arctic. Accompanying them is scientist, Rachel Scott. After a few months in the Arctic while Scott is on the ice doing research, some men attack them. They get back to the ship and the Commander, Tom Chandler asks the doctor what's going on. She says that a deadly disease broke out a few months ago. At first, they thought it was contained but they had no cure. They felt that the cure was in the Arctic which why she's here. But she has since received word that it has now spread to most of the globe. Chandler tries to call the President but learns the President and Vice President are dead and the US government might not have long to survive. The current President tells him that the Nathan James was not in the hot zone so he and his crew are OK. But now it's up to them to safeguard Scott because she holds the key to the planet's survival. But there are those who want the cure too and they will do whatever they have to, to get it. So they keep going and trying to find supplies and what they need so Scott can make the cure.