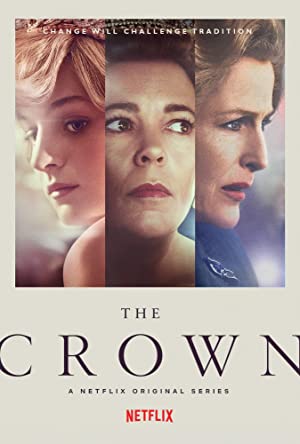 This show focuses on Queen Elizabeth II as a young newlywed faced with leading the world's most famous monarchy, while forging a relationship with legendary Prime Minister Sir Winston Churchill. The British Empire is in decline, the political world is in disarray, but a new era is dawning. Peter Morgan's masterfully researched scripts reveal the Queen's private journey behind the public façade with daring frankness. Prepare to see into the coveted world of power and privilege behind the locked doors of Westminster and Buckingham Palace.

Episode Discussion - S1E1 Wolferton Splash 31 comments
The Crown Discussion Thread - S01E01 107 comments
(media) Has anyone read The Crown official companion? I just picked up my copy and I can‘t wait to bring some cool facts into our episode discussions! (don't forget to join us every Monday and Friday - Ep1 discussion up now) 6 comments
Question about The Crown Season 1 ep 1 1 comments

Episode Discussion - S1E2 Hyde Park Corner (Episode recap in comments) 19 comments
The Crown Discussion Thread - S01E02 151 comments
the favourite episode amount this subreddit is….. S1E2 ‘Hyde Park Corner’ out is S1E1 ‘Wolferton Splash’ with a huge 80.41% of all votes today! there is a link below to decide what poll i will run next 26 comments
Episode 2 of Pod Save the Queens (The Crown) podcast is up! 2 comments

Episode Discussion - S1E5 Smoke and Mirrors 16 comments
The Crown Discussion Thread - S01E05 78 comments
Recently started watching The Crown and I have a question (possible spoiler for season 1 episode 5) 6 comments
Just watched episode 5... 2 comments
S01E05 - Why was the Duke of Windsor/David/King Edward Hated So Much? 81 comments

The Crown Discussion Thread - S01E10 99 comments
Can anyone tell me the name of a song from Gloriana (1x10)? Or just more about it? 3 comments
(media) I was a TV background Extra On 'The Crown' episode 10 0 comments
In S1 E10 scene, what paintings are prominently featured on the walls, and what sculptures? 2 comments

The Crown Discussion Thread: S05E03 485 comments
People from arabic communities/ arabs in general, what did you think of episode 3 of season 5? 15 comments