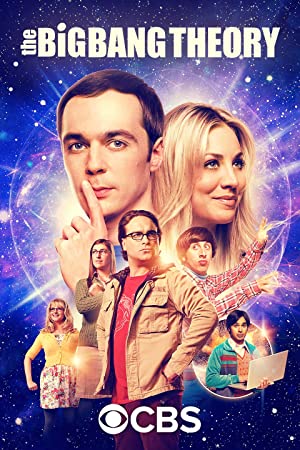 Leonard Hofstadter and Sheldon Cooper are both brilliant physicists working at Cal Tech in Pasadena, California. They are colleagues, best friends, and roommates, although in all capacities their relationship is always tested primarily by Sheldon's regimented, deeply eccentric, and non-conventional ways. They are also friends with their Cal Tech colleagues mechanical engineer Howard Wolowitz and astrophysicist Rajesh Koothrappali. The foursome spend their time working on their individual work projects, playing video games, watching science-fiction movies, or reading comic books. As they are self-professed nerds, all have little or no luck with women. When Penny, a pretty woman and an aspiring actress from Omaha, moves into the apartment across the hall from Leonard and Sheldon's, Leonard has another aspiration in life, namely to get Penny to be his girlfriend.

(media) I just wanted to note there is a poster of the James Webb Telescope from an BBT episode 10 years ago 6 comments
S1: E10. The Loobenfeld Decay. Do you think they EVER told Penny the truth about cousin Leo? 0 comments
10/24/13 episode " The Big Bang Theory episode 10/24/13 "The Romance Resonance" Did anyone get the lyrics to Howard's song to Bernadette? I thought it was a very clever - 15 comments

(media) Chuck Lorre writing about his pitch to CBS for the Big Bang Theory in a two and a half men Vanity Card. From Two and a Half Men Seaon 3 Episode 15. 4 comments

I have never noticed that, but according to this Sheldon's diagram in S4E2 his mother had him & Missy born at age 16, and, even more interestingly, George was born when his mother was just 13 read the rest mind blowing 55 comments

(media) The Big Bang Theory Season 8: Episode 12 synopsis teases Leonard and Penny moving in together; What to expect when the series returns 5 comments