The Amazing World of Gumball Discussions 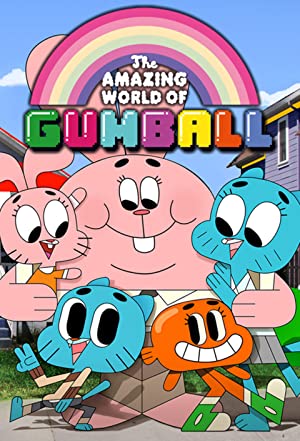 Welcome to Elmore. This quaint little suburb isn't quite what it seems, as in Elmore, just about everything has the ability to come to life. The Amazing World of Gumball follows the misadventures of Gumball, a twelve-year-old cat. With the help of his best friend Darwin, his former pet goldfish that grew legs and joined the family, he gets into all sorts of antics. He is joined by his sister, Anais, a four-year-old bunny with heightened intelligence. His father, Richard, and his mother, Nicole, are there to provide him support as well.

Why is season 3 episode 37 (the downer) of the amazing world of gumball not on Hulu? 4 comments

(media) A Friend and I Have a Podcast Where We Tangentially Discuss Cartoon Episodes. This Week We Watched Amazing World of Gumball S4E37: The Fury 0 comments

The Amazing World of Gumball Season 5 Episode 6 – The Choices = Doctor Who Reference? 5 comments