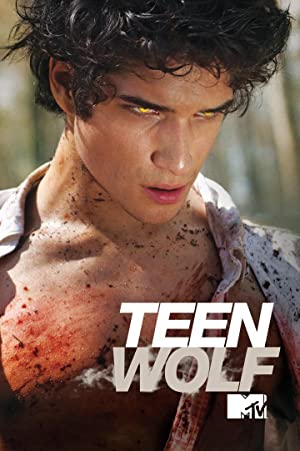 Scott McCall was just another kid in high school. Until, one night his best friend Stiles brings him to the woods, to look for a dead body, and Scott is bitten by a werewolf. Being a werewolf came with its perks- stronger, faster, new star in the lacrosse team, popularity- but also made it hard to control his anger. Scott has also fallen for the new girl in town, Allison, whose dad is trying to hunt and kill Scott. Scott now has to try and balance his out of control life, figure out how to control his new powers, try not to be killed by the alpha that bit him, and protect Allison- and keep her from finding out his big secret.

(media) My friend finally said she’d watch an episode of teen wolf! I’m assuming she won’t watch many, just one or two. I don’t really like season 1 and think those would be lame episodes, season one episode 1 & 2. Are there any episodes in the middle of the show she could watch, enjoy, and understand? 15 comments

Episode 6B01 Live Discussion Thread: Said the Spider to the Fly 181 comments

Teen Wolf Episode 1 season 2. I never noticed this before 😂 the mirror just some how vanishes!?!? 12 comments

3x09 "The Girl Who Knew Too Much" Episode Discussion! 432 comments

S3 Ep21 The Fox and the Wolf Discussion 288 comments

Season 5, Episode 11, "The Last Chimera" Episode Discussion 343 comments
(media) I'm rewatching teen wolf and just got around to the episode 5x11 and thought the railway looked very similar to the one in 6B, is it a coincidence or are they the same railway? 17 comments

Season 5, Episode 14, "The Sword and the Spirit" Episode Discussion 345 comments

COACH is OUT with 62.13% of the votes, thereby crowning STILES as our MOST FAVORITE TEEN WOLF CHARACTER! (Details in Comments) 79 comments