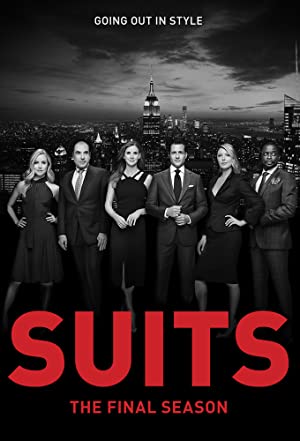 While running from a drug deal gone bad, brilliant young college-dropout Mike Ross slips into a job interview with one of New York City's best legal closers, Harvey Specter. Tired of cookie-cutter law school grads, Harvey takes a gamble by hiring Mike on the spot after recognizing his raw talent and photographic memory. Mike and Harvey are a winning team. Although Mike is a genius, he still has a lot to learn about the law; and while Harvey might seem like an emotionless, cold-blooded shark, Mike's sympathy and concern for their cases and clients will help remind Harvey why he went into law in the first place. Mike's other allies in the office include the firm's best paralegal Rachel and Harvey's no-nonsense assistant Donna. Proving to be an irrepressible duo and invaluable to the practice, Mike and Harvey must keep their secret from everyone including managing partner Jessica and Harvey's arch nemesis Louis, who seems intent on making Mike's life as difficult as possible.

A little question I have about S2E1 4 comments

Season 2: Episode 3 ("Meet the New Boss") Discussion [Spoilers] 43 comments
Has Suits ever reused an actor for 2 roles for anyone besides Dan Warry-Smith who played Vince Landis S1EP6 and a guy in a bar talking to Rachel in S2E3? 3 comments

S02E16 - "War" - Episode Discussion (spoilers) 332 comments
What was the exact lawsuit involved in the bet between Harvey and Darby S2 Ep16? 6 comments

Suits - Season 7 - Episode 4: “Divide and Conquer” - Official Discussion Thread 347 comments
In defense of Donna... (spoilers up to 7x04) 13 comments
Just rewatching suits again and I have no idea how he pulled this one off (season 7 episode 4) 1 comments

(media) Gabriel Macht on Instagram: “And I am officially starting production. Day 1. Season 9. Episode 901 @suits_usa #harveyspecter #is #back” 6 comments