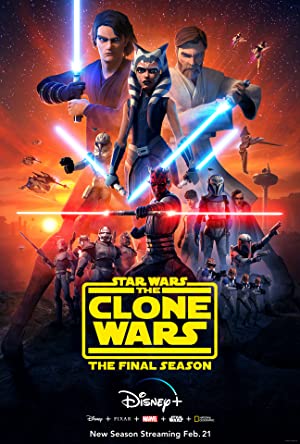 (media) Shots from the Trailer that haven’t been discussed..... will we see Mygeeto in Episode 9 this week through this scene and the zoom in of Obi Wan in smoke igniting his lightsaber? 46 comments

I'm watching this show for the first time and I have questions after episode 202: Cargo of Doom. 6 comments

(media) On This Day 04.1.83: Matt Latner, who voiced Anakin Skywalker in Star Wars: The Clone Wars and cameos in The Mandalorian, is born 1 comments

S5E7: is the architect played by David Tennant? (I haven't checked the credits but that's pretty cool) 2 comments

The Clone Wars - Season 7 - Episode 1 - Discussion Thread 116 comments
(media) Season 7 is FINALLY here!! I'm going to be breaking down and discussing every single episode and today is Episode 1, The Bad Batch. Buckle up. 0 comments

What music was used in season 7 episode 9 when bo katan, ahsoka, anakin and obi wan are discussing about making a siege on mandalore, (the scene where they are huddled around a table. 1 comments
DISCUSSION THREAD: The Clone Wars S7 E9: Old Friends Not Forgotten 57 comments
Do you think we'll see Obi-Wan and Anakin again? (TCW Season 7 Episode 9 spoilers) 7 comments