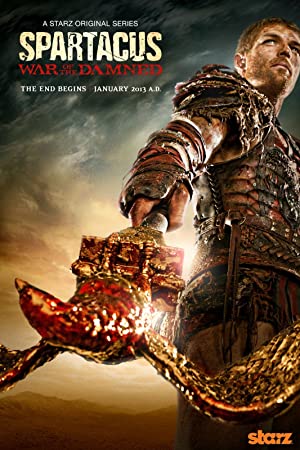 Sentenced to spend out the rest of his adult life laboring in the harsh deserts of Egypt, the Thracian slave Spartacus gets a new lease on life when he is purchased by the obese owner of a Roman gladiator school. Moved by the defiance of an Ethiopian warrior, Draba, Spartacus leads a slave uprising which threatens Rome's status quo. As Spartacus gains sympathy within the Roman Senate, he also makes a powerful enemy in the form of Marcus Lucinius Crassus, who makes it a matter of personal honor to crush the rebellion.

Series Rewind: Official Season 1, Episode 1 Discussion: The Red Serpent 15 comments
Episode 1 of the Spartacus: Gods of the Arena “Binge With Us” Series Has Dropped! 8 comments
Should Spartacus have killed Glaber in S1Ep1 when he had the chance? 11 comments

Episode 3 of Spartacus: Gods of the Arena has dropped!!! 3 comments

Spoilers! Why do you think batiatus gave Spartacus this look? S1e12 9 comments

(media) Do you think Crixus could have bested Spartacus in S01 E13, their "end" fight against each other ? 8 comments