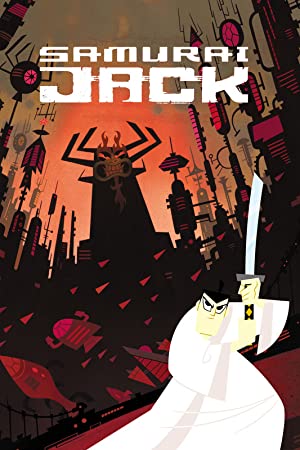 In the distant past, a Japanese samurai (Phil LaMarr) embarks on a mission to defeat the evil shape-shifting wizard Aku (Mako and Greg Baldwin). Before he can complete his task, though, he is catapulted thousands of years into the future. He finds himself in a world where Aku now enjoys complete power over every living thing. Dubbing himself "Jack", he sets out on a new quest - to right the wrongs that have been done by his enemy, and to find a way back to his own time so he can destroy the evil for good.

(media) The Xiaolin Showdown Abridged channel (Iartlife) replied to me by e-mail and sent me episode 1 (which is not on the channel anymore)! It begins with a Samurai Jack parody, with Wuya as Aku. 0 comments

Subwide ReWatch: S1E2 - 'The Samurai Called Jack' Discussion Thread 5 comments
(media) Episode 2 of our Star Wars fan film. It’s done in Genndys Samurai Jack style. You guys may enjoy! 0 comments
(media) Samurai Jack Epic Retrospective Part 1 It's an epic recapitulation of events that transpired in Birth of Evil 1 & 2 and the very first episode. I would like hear your opinions since I'm thinking of making a second part...involving both episode 2 and 3 this time around. 4 comments

Subwide ReWatch: S1E7 "Jack and the Three Blind Archers" Discussion Thread 3 comments
(media) Wrapping up our podcasting of the show, episode 7 now available. 8 and 9 are recorded, discussion/rewatchers are welcome here or on our podbean site. 0 comments
(media) The Amazing Art Of Episode 7 Samurai Jack (spoiler) 49 comments

How was Samurai Jack, seasoned warrior who suffered an explosion in episode 11, thousands of robos in earlier episodes got knocked out by one stick in episode 12? 10 comments

(media) Samurai Jack - XCII Screenshots/Wallpaper 1920x1080 [Found a nearly lossless encode of the episode, made 50 choice screenshots for 50 years passing.... Also stitched together most of the panoramic shots] 36 comments