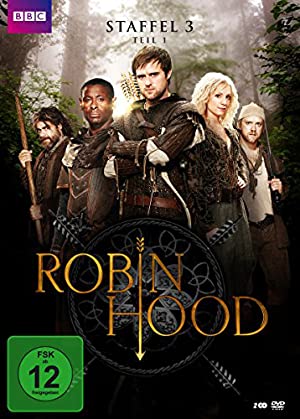 Returning from five years of fighting in the crusades, Robin of Locksley and his manservant Much discover their beloved home under the rule of the dastardly Sheriff of Nottingham. To fight the tyranny, Robin becomes the leader of a band of outlaws with Will Scarlett, Allan A Dale, Royston White, Little John, and Djaq. Meanwhile, feisty Lady Marian inspires the love of both her childhood sweetheart Robin and the Sheriff's second-in-command Sir Guy of Gisborne. Later episodes find the addition of friends and foes such as Prince John, warrior monk Tuck, village girl Kate, Guy's sister Isabella, and mysterious Archer.