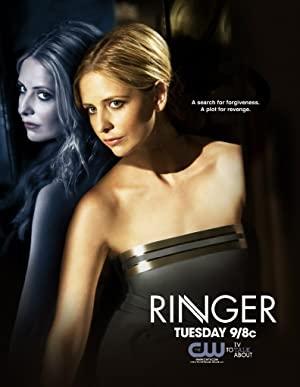 Bridget is six months sober and starting to get her life back on track when she becomes the sole witness to a professional hit. She flees to New York, telling no one. In New York, Bridget reunites with her estranged twin, Siobhan. Wealthy, pampered and seemingly happily married, Siobhan lives what appears to be a fairy tale life. The identical twin sisters seem to be mending their frayed relationship, until Siobhan disappears overboard during a boat trip the two take together, and Bridget makes the split decision to take on her sister's identity. She discovers shocking secrets, not only about her sister and her marriage, but other secrets as well. Bridget soon realizes she is no safer as Siobhan than she is as herself.

S1E13 "It's Easy to Cry, When This Much Cash Is Involved" Discussion [spoilers] 7 comments

Episode Discussion - S01E20, "If You're Just an Evil Bitch Then Get Over It" [Spoilers] 4 comments