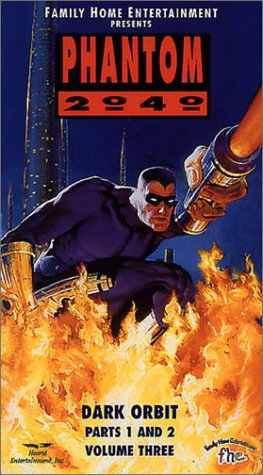 For 24 generations the Phantom has been a mystical figure who protects the jungles of Africa with the help of the Bantu tribe. In reality, he is a family of superheroes, each passing on the mantle and responsibility of being the Phantom to their son, making it seem as if there was one Phantom who had lived for centuries. Now, in 2040, the Phantom has moved to a new jungle - Metropia, one of the surviving homes of mankind after the resource wars. The 24th Phantom is Kit Walker, and he continues the Phantom's legacy in the struggle against Maximum Inc., a mega-corporation determined to salvage a small part of the world even if they must destroy the rest to do it. At the same time, the new Phantom must deal with other challenges, including the terrorists of the free orbital movement, the mystery of his father's death, various rogue agents with their own agendas, and Sagan Cruz - his girlfriend who is part of a special police unit charged with hunting down the Phantom.