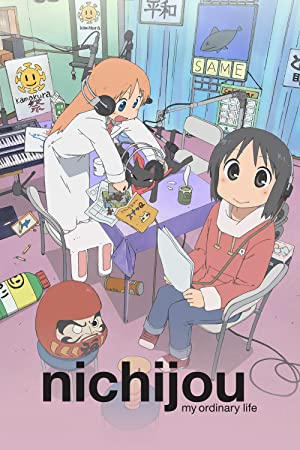 Yuko and Mio are normal schoolgirls who lead ordinary lives and cope with day-to-day matters. Their friends, however, are not that normal: Mio's crush Kojiro brings a goat and butler to school even though his parents are farmers; Kojiro is constantly attacked by his female classmate Misato, who is also in love with him; Mai is a quiet friend but an inveterate prankster; a child genius known only as the Professor, who built her own parental guardian, the schoolgirl Nano. Added to the zany mix are the talking cat Sakamoto, the nervous teacher Izumi Sakurai and the deer-wrestling Principal Shinonome. In spite of all the insanity around the girls still manage to lead their regular affairs of work and play with sanity, as it's all just a part of life itself.

(media) Almost every volume of nichijou for only $31.92 4 comments