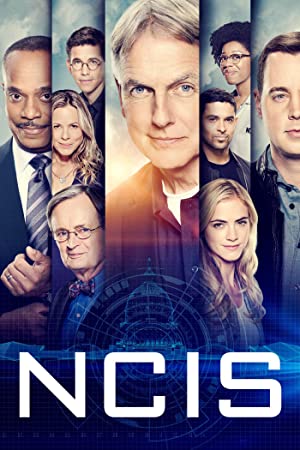 Special Agent Leroy Jethro Gibbs is the leader of a team of special agents belonging to the NCIS (Naval Criminal Investigative Service) Major Case Response Team. Gibbs, a former Marine, is a tough investigator and a highly skilled interrogator who relies on his gut instinct as much as evidence. Gibbs' second in command is Senior Field Agent Tony DiNozzo, a womanizing, movie-quoting former Baltimore Homicide Detective, who despite being the class clown always gets the job done. The team also consists of probationary field agent Eleanor Bishop, a former NSA agent, as well as Junior Field Agent Timothy McGee, a computer-savvy agent often mocked by DiNozzo. Assisting them are Abby Sciuto, the energetic-but-Goth lab tech who is like a daughter to Gibbs, and Dr. Donald Mallard, nicknamed Ducky, the eccentric medical examiner full of unusual stories. This team of elite agents, based in Washington, D.C., solve criminal cases involving Marine and Navy personnel and their families, sometimes traveling the United States - or the world - to do it.

Does anyone know why or notice they altered the JMSDF flag patch on the uniforms of the Japanese service people in episode of NCIS: Hawaii S01E05 "Gaijin"? This patch does not exist outside of this episode. Politics? 2 comments

(media) Is what an upside down mac mini in NCIS hawaii ? S01E22 6 comments

Why does ncis season 5 episode 11 “tribes” leave on a cliff hanger? 1 comments

During the season 8 finale and season 9 ep 1 how many NCIS agents and other navy personnel did Harper Dearing kill in the bombing? 8 comments

NCIS 16x17 is heavily based on JAG 5 comments

NCIS Season 17 Episode 14 Bishop and Torres hit by a car. At the end it's showed Gibbs killed the guy who caused the accident. Gibbs already killed A Man And tells others revenge doesn't change things. But what made him do this? 19 comments