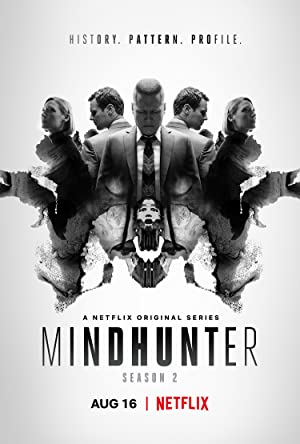 Two FBI agents, fighting the departmental stigma of backroom boys - those who try to complicate the status quo of simple Means, Motive, Opportunity (MMO) of crime-solving with academics - work to develop an innovative investigative field incorporating psychology, anthropology and sociology as a method to reveal the motive. They acknowledge classic crime-solving - MMO - as no longer sufficient because criminality is becoming more complicated as Motive graduates from need and greed to inexplicable and irrational reasons. They theorize applying deeper psychological evaluation will posit new questions. Simply, asking Why will lead to the Who. This series focuses on the development by two men, two agents, of a new criminal field and does so through story lines of visiting the sociopathic mind.

Mindhunter - 1x01 "Episode 1" - Episode Discussion 374 comments
Just started S1Ep1....does the dialogue stay this stilted the entire series? 14 comments
(media) In the first 15 minutes of Mindhunter:Season 1, Episode 1, a case in San Antonio is mentioned briefly during a lecture. Was this a real case? 21 comments

Mindhunter - 2x01 "Episode 1" - Episode Discussion 1023 comments
S2 EP1 Did anyone else noticed an increased amount of background black characters while discussing the Black Killer? 3 comments
(media) Between The Cuts: MINDHUNTER Season 2 Episode 1 2 comments
(media) This is some kind of missing scene for s02ep01, I like drawing short Mindhunter comics 12 comments