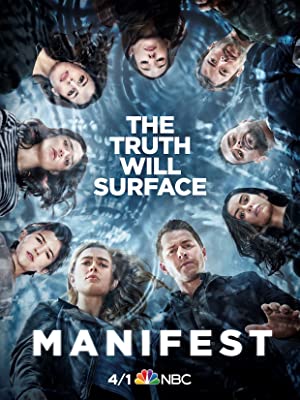 When Montego Air Flight 828 landed safely after a turbulent but routine flight, the crew and passengers were relieved. But in the span of those few hours, the world had aged five years - and their friends, families and colleagues, after mourning their loss, had given up hope and moved on. Now, faced with the impossible, they're all given a second chance. But as their new realities become clear, a deeper mystery unfolds and some of the returned passengers soon realize they may be meant for something greater than they ever thought possible.

Manifest is amazing.. finished season 3 like 2 weeks ago and found the 4400 couple days again and have been watching it ever since, they’re very similar, but I need to know what happened to flight 828. Do u guys really think we can get the show back? 7 comments

Do y'all think Manifest is going to follow traditional and drop S4, or atleast 4B on June 2, 2024 💀 8 comments
(media) 4x02 of The Manifest Completion Project is Up 11 comments
Manifest S04E02 "All Call" Episode Discussion 209 comments

(media) ‘Manifest’ Season 3 Finale has a low rating of 0.4 with 2.6 million viewers as compared to the Season 2 finale, which has a 1.5 rating in adults and 7.7 million viewers on NBC. Netflix might consider picking up the show as it is currently #1 on their platform in the U.S. 12 comments