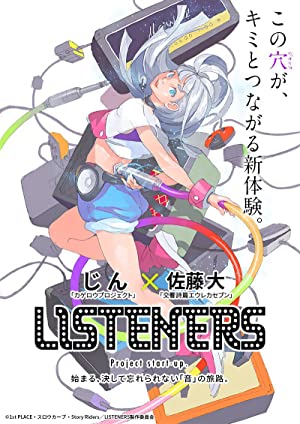 In a world where no music exists, humans are scared of mysterious lifeforms known as Miminashi (literally, no ears), and the only people who can stand up to the Miminashi are "Players" who can Plug In and pilot "Equipment" combat mecha. Echo, a boy living in a scrapheap town of Liverchester, admires Players ever since he witnessed the legendary Player Jimi Stonefree in a great battle against the Miminashi a decade ago. One day, he meets Myu, a girl with no memories and an empty audio input jack on her waist. She is also a Player. Before long, the two embark on a journey to uncover her origins, which may be tied to Jimi.