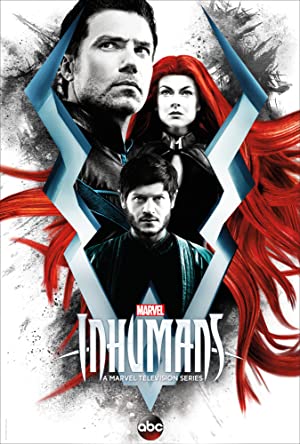 The Inhumans have always been one of Marvel's most enduring oddities. A race of genetic outsiders, they live secluded in their island kingdom of Attilan, preferring not to mix with the outside world. Even stranger, their genetic mutations are self-endowed; each Inhuman, as a coming-of-age ritual, endures exposure to the Terrigen Mists, a strange substance that imparts unearthly powers--some extraordinary, some monstrous. But now the kingdom of Attilan is under attack from without and within. Can the Royal Family, led by Black Bolt, repel the foreign invaders who blast at their outer defenses, as well as the internal threat of Black Bolt's insane brother, Maximus the Mad? This popular series takes a classic Marvel cast of characters, and infuses it with a modern sensibility that includes international politics and an awareness of class systems. Dark and grimly compelling, the "Inhumans" is one story that won't be forgotten any time soon.

I live next door to a collectables shop. They recently got Inhumans #1 CGC 9.8... It costs more than my rent and I'm still having a hard time not getting it 1 comments