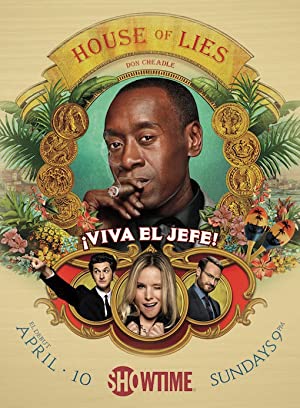 Charming, fast talking Marty Kaan and his crack team of management consultants know how to play the corporate game better than anyone, by using every dirty trick in the book to woo powerful CEOs and close huge deals. In the board rooms, barrooms and bedrooms of the power elite, corruption is business as usual and everyone's out for themselves first. Nothing is sacred in this scathing, irreverent satire of corporate America today. Outrageous, subversive and wildly funny, House Of Lies stars Academy Award® nominee Don Cheadle and Kristen Bell.

House of Lies - 4x11 "Everything's So F--king Obvious, I'm Starting to Wonder Why We're Even Having This Conversation" - Episode Discussion 27 comments

House of Lies - 5x05 "Above Board Metrics" - Episode Discussion 8 comments