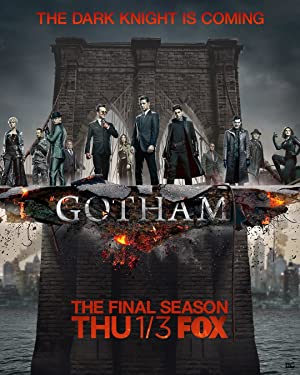 In crime ridden Gotham City, Thomas and Martha Wayne are murdered before young Bruce Wayne's eyes. Although Gotham City Police Department detectives, James Gordon, and his cynical partner, Harvey Bullock, seem to solace's the case quickly, things are not so simple. Inspired by Bruce's traumatized desire for justice, Gordon vows to find it amid Gotham's corruption. Thus begins Gordon's lonely quest that would set him against his own comrades and the underworld with their own deadly rivalries and mysteries. In the coming wars, innocence will be lost and compromises will be made as some criminals will fall as casualties while others will rise as super villains. All the while, young Bruce observes this war with a growing obsession that would one day drive him to seek his own justice against the evil of Gotham as The Batman.