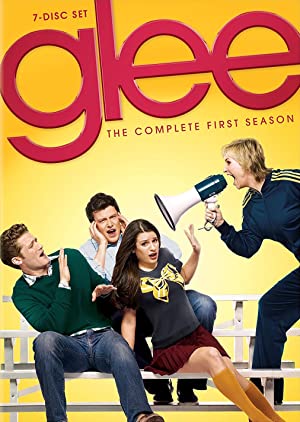 When high school Spanish teacher Will Schuester (Matthew Morrison) becomes the director of the school's failing Glee club, New Directions, he hopes to be able to rejuvenate it. The club competes in the choir competition circuit. It's been called "a High School Musical for adults", the series follows the club and its mixture of oddball members as they try and restore it to its former glory. It is a musical comedy in which the eager and ambitious students not only compete to win the Nationals, but also have to deal with the tough and cruel realities of their school, McKinley High. At the same time, Will is trying to rejuvenate his failing love life while preventing the school's cheer leading coach Sue Sylvester (Jane Lynch) from sabotaging the choir.

1x01 - 1x04 Re-watch/Discussion Post 65 comments
Rewatch and discuss: S1E1 Pilot 39 comments
(media) Vocal coach reacts to GLEE Episode 1 8 comments
Rewatching Glee Episode 1 Thoughts 4 comments
(media) I am watching glee again and I just realized that Rachel says that these two people were her daddies when they are not at all the same person we see later (season 1 episode 1) 10 comments
(media) Anyone else watching The Girl from Plainville on Hulu? The IRL case has a very strange Glee connection and there's references to the show in Ep1 and 3 so far 43 comments

Was the Glee Club in the Wrong? (Season 1 Episode 11 : Hairography) 5 comments

Rewatch and discuss: S1E15 The Power Of Madonna 39 comments

Best Song In Season 2 Episode 14: Blame It On The Alcohol - Iconic 10 comments

Y’all are great. So for the Brittany/Santana shippers. Headcanon. What finally drove Brittany to want to discuss feelings in 2x15? 8 comments

What song is best in Season 3 Episode 3: Asian F 14 comments

So I like reading the discussion posts in this subreddit from when the episodes first aired, because I find it interesting to see what people thought years ago. I was reading the 3x05 one and . . . if only he knew. 5 comments

Santana being informed about the campaign ad (3x06) 27 comments

Glee 3x17 Blaine Its Not Right But Its Ok 12 comments

Rewatching S4 of Glee: I’m on episode 4, and when I see Rachel singing with herself in the mirror, I realize that I actually miss her pre-Vogue style makeover 9 comments
4x04 The Break-Up Viewing/Discussion Post 307 comments
The Break Up Glee: Season 4, Episode 4 27 comments