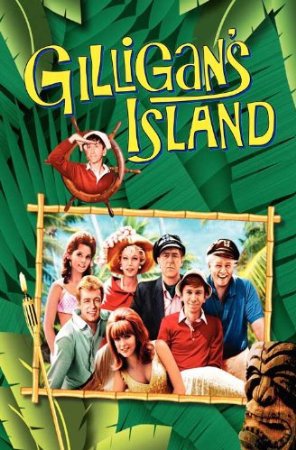 During what was supposed to be a three-hour tour, the S.S. Minnow is shipwrecked on an uncharted tropical island following a typhoon. The seven castaways include the blustery captain, his bumbling first mate Gilligan, a millionaire couple named the Howells, curvaceous movie star Ginger Grant, sexy farm girl Mary Ann Summers, and a science professor known as the Professor. Despite their dire situation, they managed to survive on a diet made up of fish and coconut cream pie, and were aided by their trusty transistor radio and a seemingly never-ending parade of guest stars who managed to drop by their "deserted" island (including a big game hunter, a movie producer, a mad scientist, a rock band, Russian cosmonauts, foreign spies, and a jungle boy), yet never managed to bring them to safety.