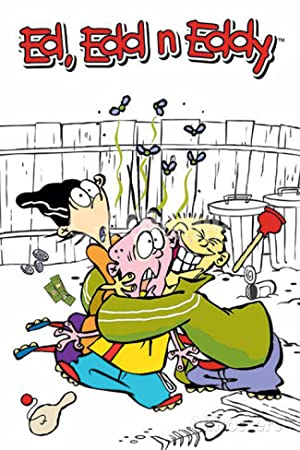 The show revolves around life on a cul-de-sac, focusing on three friends who have nearly identical names: Ed, Edd, and Eddy. Ed is the strongest of the three and the least intelligent, Edd is the smartest and the most socially accepted among others in the cul-de-sac, and Eddy is the de-facto leader of the group and is the meanest of the group. Throughout the show, the trio create numerous scams in order to make money to earn jawbreakers. They also have to deal with numerous misadventures, such as being ostracized from other kids in the cul-de-sac, as well as avoiding the Kanker sisters, who live in a nearby trailer and whom the Eds and the cul-de-sac as a whole despise.

(media) Poll: Who did the best impersonation in the episode "Mirror, Mirror, on the Ed"? (Season 2 Episode 11b) 6 comments

(media) In honor of Ed, Edd n Eddy coming to HBO Max, I recreated a 24x36" of the greatest movie poster of all time. 24 comments