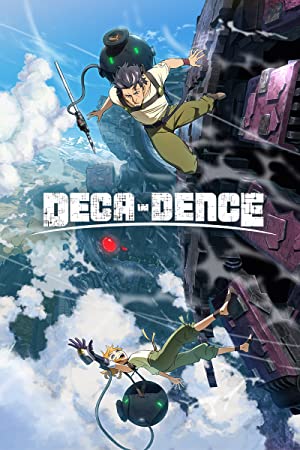 In the distant future, the human population has been decimated fighting the mysterious creatures known as Gadoll. The few survivors band together to build a mobile fortress known as Deca-Dence, from which they can mount their resistance to the enemy. Natsume has wanted to be a soldier since she was a child, but she is instead sent to work under the apathetic armorer Kaburagi. One day, however, they become embroiled in a battle with the Gadoll while working, and Natsume witnesses Kaburagi take down one Gadoll after another.