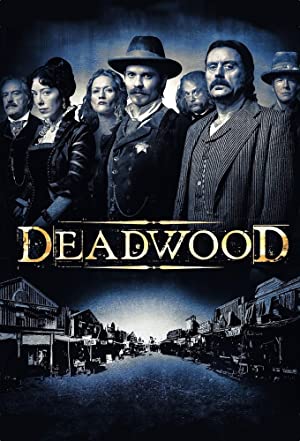 The town of Deadwood, South Dakota in the weeks following the Custer massacre is a lawless sinkhole of crime and corruption. Into this uncivilized outpost ride a disillusioned and bitter ex-lawman, Wild Bill Hickok, and Seth Bullock, a man hoping to find a new start for himself. Both men find themselves quickly on opposite sides of the legal and moral fence from Al Swearengen, saloon owner, hotel operator, and incipient boss of Deadwood. The lives of these three intertwine with many others, the high-minded and the low-lifes who populate Deadwood in 1876.

"Here Was a Man" S1E04 A Hooplehead discussion 21 comments

"Bullock Returns to the Camp" S1E07 An ambushed discussion 9 comments

(media) Josh and Søren discuss S1E10 "Mister Wu" on the latest episode of "Hoopleheads," with a particular emphasis on Al Swearengen's "softer side." 6 comments
(media) Watching Deadwood for the first time. S01E10 just gave me a new favorite character. 7 comments
New to Deadwood...S1 E10 Mr Wu was my absolute favorite of s1! That scene between Swearangan and Wu had me rolling the entire time. Also, I am now watching S2 E2 and I'm wondering how many monolologues Al will get to spew while simultaneously getting a BJ...I count 2 so far 12 comments

"Jewel's Boot is made for Walking" S1E11 Discussion 3 comments

(media) Martha Cannary A.k.a. calamity Jane visiting Wild Bill near the end of her life. They are buried close to each other in Deadwood. Something Wild Bill likely wouldn’t be thrilled about. C. 1900 (500x800) 7 comments