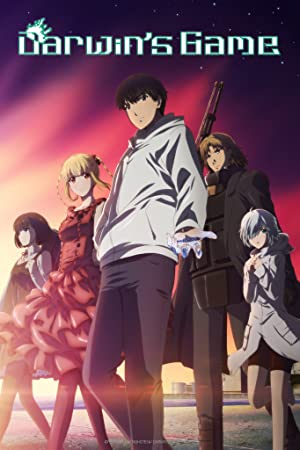 Darwin's Game focuses on 17-year old Kaname Sudou, who accepts an online invitation from a friend to play a mobile game called Darwin's Game. He had no idea that the game involves a fight between the two players and you might actually die both in the game and in real life. To win the fight, players are given a Sigil, an evolutionary ability that varies from player to player and only the most skillful players will be able to clear the game and survive. Kaname determines to clear the game, find the creators of the game and take revenge upon them.

Darwin's Game - Episode 8 discussion 171 comments
I started darwin's game while it was still releasing eps. Then put it on hold for it to finish. I'm only just getting back to it on episode 8 and forgot most of it. Can someone recap me? 2 comments