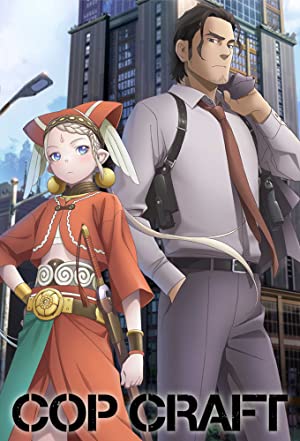 15 years ago, an unknown portal opened over the Pacific, leading to an alternative world, called Reto Semaani, to the world, where fairies and demons live. Because of that, San Teresa City is now flooded with immigrants from the parallel world. Of course, neither of the worlds is perfect, so crime starts to thrive with the new types of fraud, drugs, and weapons able to destroy a whole country that are so small that no security service will ever notice. San Teresa City is the place where you can get everything, or lose everything; this is the city of big dreams. The story of Cop Craft focuses on a rather unusual detectives' duo, trying to keep peace in the city: the detective Kei Matoba and the alternate-world knight Tirana. The two are so different that reaching an understanding is problematic sometimes. Nevertheless, they both have their own pride-- to eradicate the crime in the city of San Teresa.