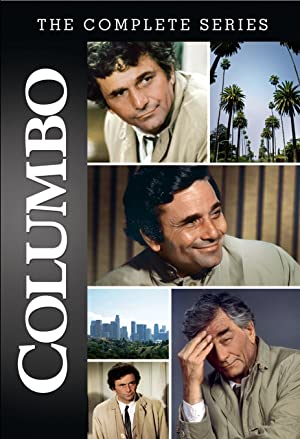 When you first saw him, Lieutenant Columbo looked like a bum that just came off the street. He had a bumbling demeanor, was overly polite and seemed to chomp on the same short cigar on a daily basis. However, beneath all that comical exterior was probably the most dogged investigator in the Los Angeles Police Department. Columbo was often called on to investigate high profile murders that involved the rich and famous. The culprits were often amused by him, and just as they thought they were going to get away with murder, Columbo would find a way to trap them or find enough evidence to make them confess.

Prescription: Murder has been chosen as this weeks Weekly Watch over at /r/S01E01. Come and join in the discussion 0 comments
Columbo's car was in Rockford E1 18 comments

(media) I have trouble understanding Season 3 Episode 2, Any old port in a storm. I even read the description it’s not helping. Why does Carsini turn off the A/C when he leaves for NY ? Wouldn’t it be better to keep the AC on to keep the cellar cold ? 13 comments

Looking for a clip. Please remove if not allowed. From "Candidate for Crime" Season 3 Episode 3, with Columbo at the dentist. Long shot I know. 3 comments

(media) How funny is it when the nun thinks Columbo is undercover as a homeless person and tries to give him a coat. S4 E2 32 comments

What is wrong with Columbo in "Last Salute to the Commodore" (Season 5 , Episode 6)? 13 comments

Watching S13E01 "Strange Bedfellows" rn. Do we agree that Columbo is pretending not to speak italian to Vincenzo Fortelli in order to mark the distance with the Mafioso? 4 comments