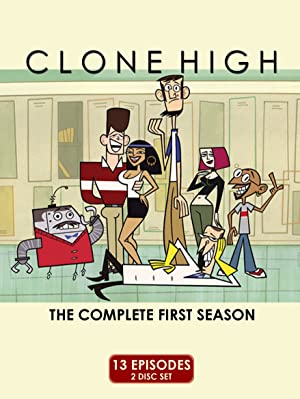 A secret government plan to dig up historical figures and clone them has worked. It is 16 years later, and the clones are now in high school. The five main characters are Abe Lincoln, an all around nice but naive guy who lusts after the school sexpot Cleopatra, who is dating the macho JFK. Also, Abe's two best friends are Joan of Arc, an angst ridden goth girl who is in love with him, and Gandhi, a none-stop party animal. Clone High bravely tackles challenging teen issues, such as sleep deprivation, catching ADD from toilet seats, the evils of litter, and having the guy you like not like you back the same way you like him. Will Abe get together with Cleo, or be thwarted by the handsome JFK? Will Joan finally get Abe to notice her? Who's to say?