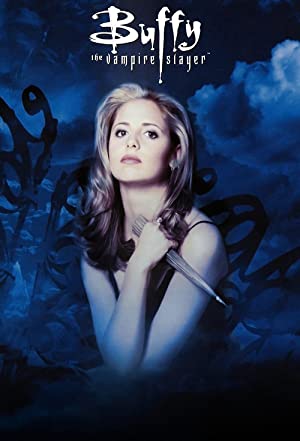 "In every generation there is a chosen one... she alone will stand against the vampires, the demons and the forces of darkness. She is the slayer." Buffy Summers knows this tale by heart, and no matter how hard she tries to be just a "normal girl", she can not escape from her destiny... Thankfully, she is not alone in her quest to save the world, as she has the help of her friends, the hilarious (and surprisingly quite effective) evil-fighting team called "The Scooby Gang". Together, Buffy &amp; co. will slay their demons, survive one apocalypse after another, attend high school and college... and above all, understand that growing up can truly be Hell sometimes... literally.

(media) We watch 2 episodes (individually) each week, discuss and elect an MVP and then draw and discuss in a live stream - this week Giles (S01E03 and 4)! 15 comments
(media) Discussion of the S1E3 Witch 0 comments

(media) Xander is a terrible friend in this episode of Geeks Rewind, a Buffy podcast discussing S01E06 The Pack 0 comments

Question on Angel and Darla from S1E7 “Angel” 9 comments

(media) This week, on Your Childhood Trauma, John and I are discussing Season 2's E10 "What's My Line, pt2," E11 "Ted," and E12 "Bad Eggs." We talk about Xander and Chordy's relationships and get in a debate over whether Buffy should have different rules than other people... 4 comments