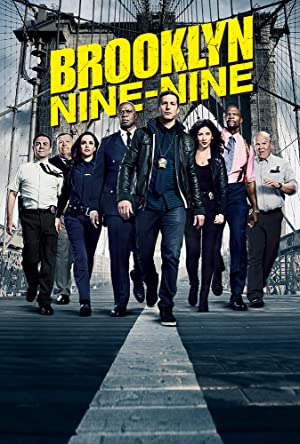 Captain Ray Holt takes over Brooklyn's 99th precinct, which includes Detective Jake Peralta, a talented but carefree detective who's used to doing whatever he wants. The other employees of the 99th precinct include Detective Amy Santiago, Jake's over achieving and competitive partner; Detective Rosa Diaz, a tough and kept to herself coworker; Detective Charles Boyle, Jake's best friend who also has crush on Rosa; Detective Sergeant Terry Jeffords, who was recently taken off the field after the birth of his twin girls; and Gina Linetti, the precinct's sarcastic administrator.

Episode Discussion: S01E01 "Pilot" 43 comments
Over at S01E01, we nominate and watch a new episode one each week and this week we have voted for Brooklyn Nine-Nine! Please come along and join in the discussion 2 comments

Episode Discussion: S01E02 "The Tagger" 17 comments
In season 1, ep 2, I just noticed the importance of Scully giving up his lunch. 2 comments

Episode Discussion: S03E15 "The 9-8" 48 comments
(media) Sooo. Have we ever discussed what was in the briefcase that was auctioned off to Jake in season 3 episode 15? I don’t think it was ever revealed. Thoughts? (Also first post on Reddit don’t hold back) 62 comments

Episode Discussion: S05E17 - "DFW" 380 comments
Hey, everyone, I created a subreddit called /r/IWantItThatWay. It's dedicated solely to the opening of Season 5, Episode 17 of Brooklyn Nine Nine. Come and join us! We've got memes, discussions, and cookies! 4 comments

Episode Discussion: S6E04 "Four Movements" 584 comments
E4 have got the rights to Brooklyn Nine Nine Season 6 (plus some not great news) 5 comments

Season Premiere Discussion: S8E01 "The Good Ones" 1594 comments
am i the only one who enjoyed s8e1? (possible spoilers) 19 comments