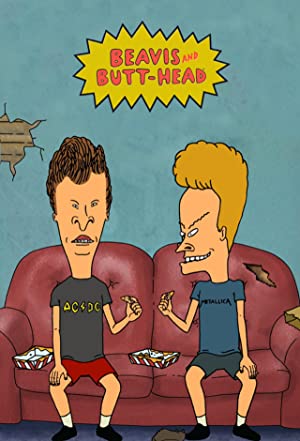 Beavis and Butt-head's lives revolve around three simple things. (1) Barely attending school, which sucks. They do nothing, they learn squat, they know diddly, they hate the teachers - and, amazingly, they manage to avoid being thrown out. (2) Trying to score with chicks - something we know they'll never achieve. (3) Watching TV. Lots of TV. If something in the real world doesn't relate to what they know from TV, it sucks. They especially enjoy "reviewing" music videos - or just commenting inanely on them. If a video contains heavy rock, scantily-clad babes or anti-authority figures, it's cool - otherwise, it sucks.