Attack of the Show! Discussions 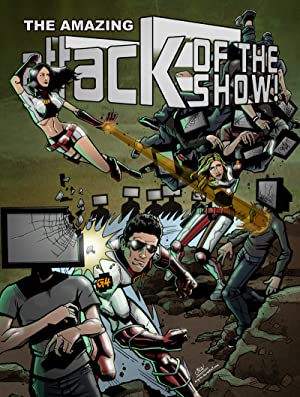 It is true the show and the very station has become somewhat mediocre in comparison to the former line up. Popular and gamer geared shows such as "Judgment Day" and "Portal" are replaced by re hatches such as "Cops" and "Unbeatable Banzuke." But the reason why in my opinion is much different than trying to sex up the network. Its very easy to point the blame at the "sex sells' theory that plagues the televisions world, but i think the change is a result of big business taking over a small network. The network use to be great, i stayed turned in daily in fact, but the great things they did costs a lot of money. Thus to obtain more money they need more high name sponsors, and with sponsorship comes changes, usually negative one.Now I admit the change on cheat from Corey Rouse to a sexier ex cheerleader Kristin Holt(Adams) was a bit of a sex sells ploy, but there are still some good things about the network. The much debated attack of the show does focus on sex a lot at times, but what is it that gamers do with their spare time, i believe the concept that gamers do nothing but play games and get fat is absolutely retarded. I have a life and the new content to the network attracts the non hardcore audience. Now my girl will watch G4 with me because it just doesn't talk about games anymore. Now by no means am i saying that the changes are good, but they are not all bad, and you can't fault them for trying to bring in new viewers. So my stand is one of neutrality.