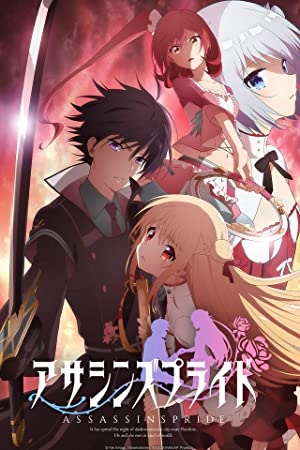 The world of Flandore is a world encased in glass barriers, to protect from savage monsters. In this world, the ability of wielding magical power determines social status: the more you have the more noble you are. Melida Angel was born into a noble family, but possesses no magical ability: an assassin, Kufa Vampir, is dispatched to investigate and assassinate her. He learns that Melida was the result of a hidden affair between her mother and a commoner and so has no magical power; despite enduring a daily struggle for respect, she is a cheerful and kindhearted girl who only wishes to prove herself a worthy member of her family. Kufa, a stoic and stern warrior, finds himself moved by Melida's plight and approaches her as a magic tutor, secretly transferring magic to her. Howeer, he has compromised his mission by keeping Melida alive, and he starts a dangerous game of protecting Melida from all of Flandore.